Why did I buy a Shiver?

About a year ago I was in the hunt for a new bike……obviously I chose a Shiver.

This choice was not at all by fluke and not without heavy research and deliberation…….I stand by my choice…..the Shiver is a great bike.

The following reviews were posted by me to a well-known Motorcycling forum – given the current BMW F800R test, I felt it was reasonable to add a record of these reviews to the Blog as mark in history as to how I came to own a Shiver. 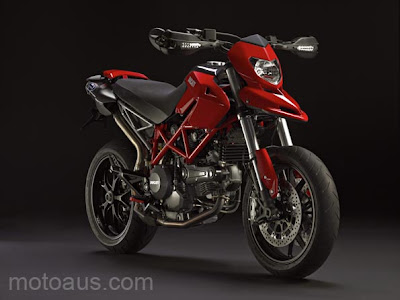 Motor/Throttle/Clutch + Gearbox
The 796 L-twin is a free revving engine which provides usable power and torque from low down.
Vibration was minimal, almost non-existent - at highway speed the power is smooth and quick to react to throttle changes.

The throttle response was as to be expected, not snatchy, not lazy, just right and when paired with a wet slipper clutch the action feels very natural as the clutch pays out with a relatively low friction point.

Handling/Brakes/Suspension
This bike was simply awesome to ride – the front end provided so much grip – it felt welded to the road and was very confidence inspiring.

The brakes and suspension, although not top-shelf, are just right for the bike setup and made sense.

All in all this bike was massively fun to ride, easy to use, and very addictive. 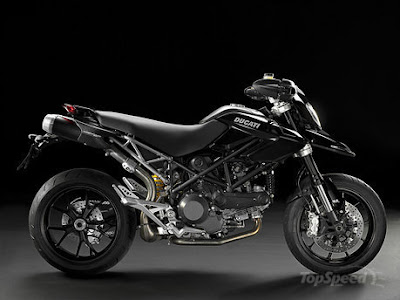 Motor/Throttle/Clutch + Gearbox
Unlike the L-twin of the 796 the 1100 was less user friendly. The engine makes lots of torque, which is nice, however it changed the attitude of how the power was delivered. The throttle response was a little snatchy which tended to upset the bikes handling and overall road/rider feel.

Instantly, the EVO felt much more serious, not as fun as the 796. The hydraulic clutch behaved like a pop clutch making the bike lurchy in low speed traffic – the gear box was not as nice as the 796 either, not as tight and I managed to find false neutral between 2 and 3 on more than one occasion.

Handling/Brakes/Suspension
Due to the clutch/transmission set up and the added weight of the 1100 L-twin the handling suffered a little – not too much, but enough to be noticed.

The bike is very stable in a straight line and feels confident on the road – it doesn't change direction as quickly or directly as the 796 – you need to shove this into a corner, the 796 was coerced into a bend almost by telepathy (YES, the 796 was that good!)

Seat/Comfort
Like the 796 the seating position is upright and comfortable. However the seat itself is much harder and would get pretty tiresome pretty quickly. 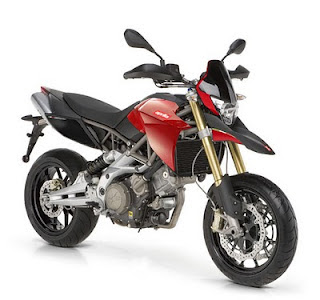 Motor/Throttle/Clutch + Gearbox
First of all – the engine is a donk.

This is where things went wrong.

The throttle response is very poor indeed. Aprilia use a 3 mode ECU mapping and drive-by-wire technology on the Dorso giving you three choices:

Essential this bike is a ball-tearer or nothing.....there is no in between which feels right.

As with the EVO1100 the Dorso has a hydraulic wet-clutch. This is a much better setup than the Ducs dry clutch setup – shifting on the Dorso was clean with a short throw and the clutch friction point was not too high, not too low.

Handling/Brakes/Suspension
Being nice and light the bike tips in from the front no problem – it just doesn't behave itself.

Although the suspension was good, it was not good enough to make the bike feel connected to the road. Under compression when cornering the front-end tended to wander a little more than I would have liked – the back was no better – Don't get me wrong, this is not a bad bike by any means and the handling is not poor – it's just not as good as the Ducs or as good as it should be.

The brakes are nice and strong with good solid bite and good feel through both hand and foot controls – no problems here at all.

Seat/Comfort
Again, an upright motard style riding position giving you a clear view of the road and good vision through the corners.

The saddle is actually a little wider than the Ducs and maybe slightly more comfortable – probably still inadequate for lengthy rides or touring without some sort of modification or accessory.

Motor/Throttle/Clutch + Gearbox
First things first – that engine! What a peach!

The in-line 3-cylinder of the Striple is simply intoxicating. The power and torque curves feel superimposed on one another. From down low the familiar triple free revving whistle provides very usable power and torque for low speed traffic filtering making the bike stable – no lurching or surging whatsoever. At highway speed the motor feels even better. In top gear it will pull no problem from 4,000rpm and spool up rapidly......but kick it down into second and the 3cylinder revs like a little Ferrari giving you the most satisfying feeling of torque and power – not to mention ham-fisted wheelie capability!

Did I mention the engine is intoxicating yet?

The throttle is a simple cable setup and feels natural and smooth to use – coupled with a lovely transmission with a positive neutral finder, shifting gear is completed with a satisfying click and positive feedback. The clutch pays out a little higher than I expected but something I got used to immediately then forgot about instantly as it became natural. Validation enough of the setup. I wouldn't change a thing.

Handling/Brakes/Suspension
Considering its test partners, the Striple R is in a league of its own when it comes to handling and road manners. It is mind blowing.

At low speed it is stable, light and nimble – very controllable – as a commuter I really don't think there is a better machine for finding gaps in between cages.

Increase speed and you can feel the race bred frame geometry of the Daytona tap you on the shoulder and say “go on, tip it in.” And tip it in you do. This bike countersteers on a knife edge – the suspension is firm but fair making the bike change direction from the nose like nothing else. Continue to increase speed, the bike remains stable, the suspension soaks up poor road surface and the whole package works in concert.

The brakes are fantastic – a little trail braking and the front stands up before letting the lever out and flicking the nose in another direction. I played a little with hard braking – setup and brake. The bike was well mannered and pulled up hard with linear and predictable deceleration. No complaints here.

Seat/Comfort
Now, this is where I am a little disappointed. It's not that the seating position is bad, it's just not as good as the rest of the bike. I suppose you'd get used to it, but with everything else being spot on I just wish the saddle was too. 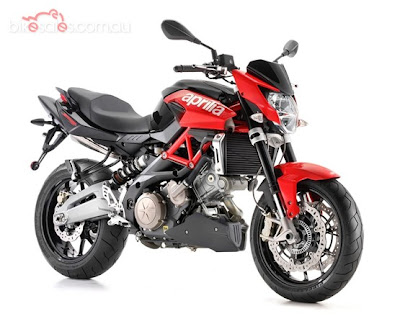 Motor/Throttle/Clutch + Gearbox
The Shiver is blessed with the same 750 V-twin as tested in the Dorsoduro – however unlike the Dorso – the Shiver has got it bang on. Very smooth, better fuelling and 3 extra HP to boot!
Output is now 95HP – the same as the 1100EVO.

Again, the Shiver has three throttle modes and drive-by-wire, and again the three choices are the same as the Dorso: 1- Sport, 2-Touring, 3-Rain.

These maps are much better suited and work in tandem with the improved fuelling of the Shiver – I played with both Sport and Touring and they were both vast improvements from their counterparts on the Dorso providing lots of torque and smooth roll on of power. No problems with the throttle.

The gearbox is tight and shifting is short and well indexed. The gearing itself is a little tall – I was cruising at 80-90km/h in 3rd @ ~3,500rpm which makes hi-way miles a breeze – however roll on throttle and there is no hesitation as the V-twin's torques kicks the Shiver along and you GTFO.

The hydraulic wet-clutch is light and very usable with a low friction point – it provides good feel and is well matched to the transmission.

Handling/Brakes/Suspension
At low speed the bike is manageable and nimble hiding what little weight it has well. As speed is increased the Shiver remains extremely stable.

The Shiver has very good road manners. It changes direction wonderfully from the nose and stays online when pitched over. The Sachs upside-down front fork provides good front end grip and feel giving a comfortable and responsive ride.

The brakes are excellent with dual wave rotors and four pot callipers on the front and a single wave rotor, single piston on the rear. Both sets of anchors are given braided brakes lines which accentuates the initial bite and continues with linear and powerful deceleration.

Seat/Comfort
The seating position is upright and relaxed. The bars are wide with a neutral body position – I felt no pressure on my wrist or shoulders and had a clear view of the road ahead as well as the instrument cluster on the dash. 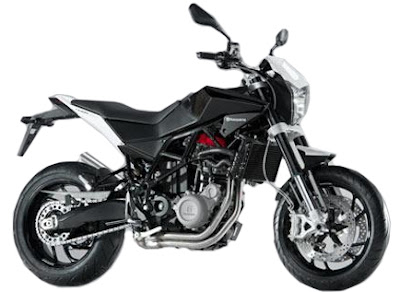 Motor/Throttle/Clutch + Gearbox
So what does a bored out BMW F series 800 feel like?

Ride the Nuda 900 and you'll find out! This parallel twin 900 is relatively free revving and very strong indeed. Output is ~105HP and torque is on tap all through the rev range. Vibration is a common trait of parallel twins – however the Nuda has this sorted and vibration was no issue whatsoever.

In sport mode the throttle is quite aggressive and a little snatchy – especially when rolling on in 1st and 2nd gears. Throttle action is much smoother and predicable in touring mode, power is still available on tap and the torque curve seemed to favour the higher rev range, this arrangement makes sense and the bike benefits from it.

Although the gear box was good, albeit with short gearing – the clutch was very heavy with a stiff action – even in the short test it became tiresome. A longer pull-arm on the clutch case side of the cable would help – but as it is, it's not nice.

Gearing is quite short requiring a higher gear at hiway speed to keep RPM at an acceptable level – however the gear box itself is very usable with a clean gear selection, neutral is located no problem.

Handling/Brakes/Suspension
Being a Motard, the seating position if very upright – the seat is quite tall giving you a great view of the road – however I did find that the sky was reflected on the instruments which made them a little hard to read.

Handling was as expected – very nimble, very agile. This bike makes you want to be a bit silly – something I couldn't ignore at one point as I took the shortest path through a roundabout (straight over the top). However, as good as the handling is – I still think the Ducati 796 has it beat, I even felt more connected to the road on the Shiver – the front end of the Husky was a little vague for my liking and can probably be attributed to the lower spec front forks.

Again there are braided brake lines on the dual front rotors and single rear – and again, the brakes are great. Good solid initial bite which continues without fade.

Seat/Comfort
The seat is actually relatively comfortable – I might go as far to say that out of the tested Motards, the Nuda has the best saddle.

So that was my journey to buying a Shiver.........after a year of ownership and over 10,000kms I am still enjoying every single moment on my Ape.