It's on again - the Annual Black Dog ride to raise money and awareness for Mental Health and Depression........and what better way to help out..........with a motorcycle rally - of course!

On the back of the Chocolate Mill run, some two weeks earlier, the day had come to put that fundraiser moola to good use - and what a cracker ride it was. Approximately 5,000 riders nation wide participated in the Black Dog one-dayer.....with approximately 400 riders on the Victoria leg.....a leg I rode and corner marked for.

Corner marking is a great way to get involved in a large ride such as this - essentially you are in a fast bunch of riders ahead of the main pack - in this case ride leader plus ~10 corner markers ahead of  ~390 participants + TEC.

As the route plays out, large group rides tend to get spaced out quite significantly due to the different skill levels, riding styles, type of bikes involved - this is where corner markers become critically important.

The ride leader will "drop" a corner marker at an intersection or key turn-off of the ride.....your job is to do a funky chicken dance and direct the main bunch through the corner......fair enough........the FUN part is when you are swept up by TEC (tail-end-Charlie).......as a corner marker this means.......GTFO - hammer time back to the group! 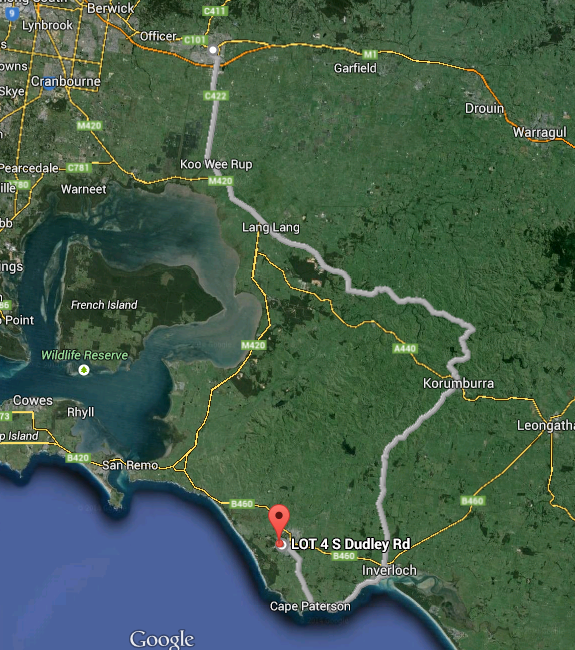 The first leg of the ride started in Pakenham - some 60 kms from home......another boring slab was in order.

A riding mate of mine arrived at my place at 8am - we hit the black stuff immediately, engaging "cracking on mode"...........
done and done.

This leg took us out through East Gippsland - it was getting very cold - but the scenery was amazing.......that said, I was happy to be dropped on a corner just before the Inverloch turn-off.....I was frozen, my hands were like blocks of wood - time for a corner marking chicken dance........ 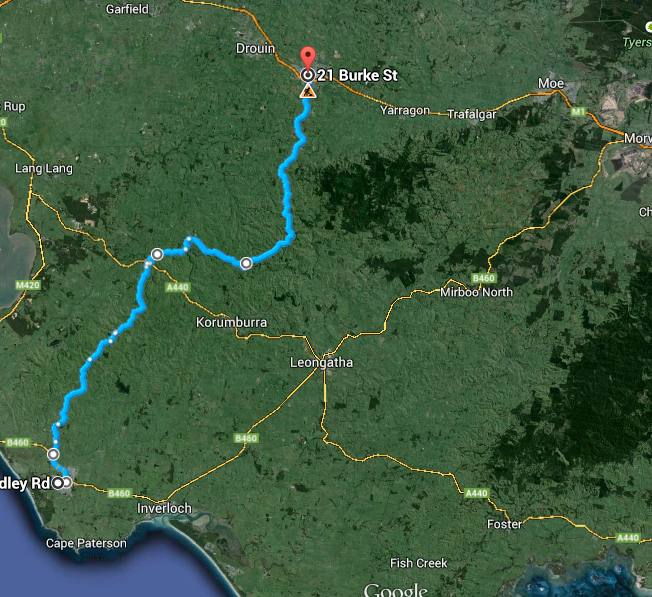 The second leg tracked along the coast near Cape Patterson, thankfully the temperature started to rise.

In defrost mode - and having been dropped on a corner I applied liberal use of throttle to catch the main bunch.....fun times..


All said and done - another great run this year. A great turn out for a fantastic cause.
We pulled into Warragul and the ride is over - now I've just got another 120kms to get through before I'm home......

I wrangle up a crew of 3 other experienced riders who are of the same mind, fuel, helmet, GO! We convoy home, making good time.


The main bunch at the regroup point between leg1 and leg2 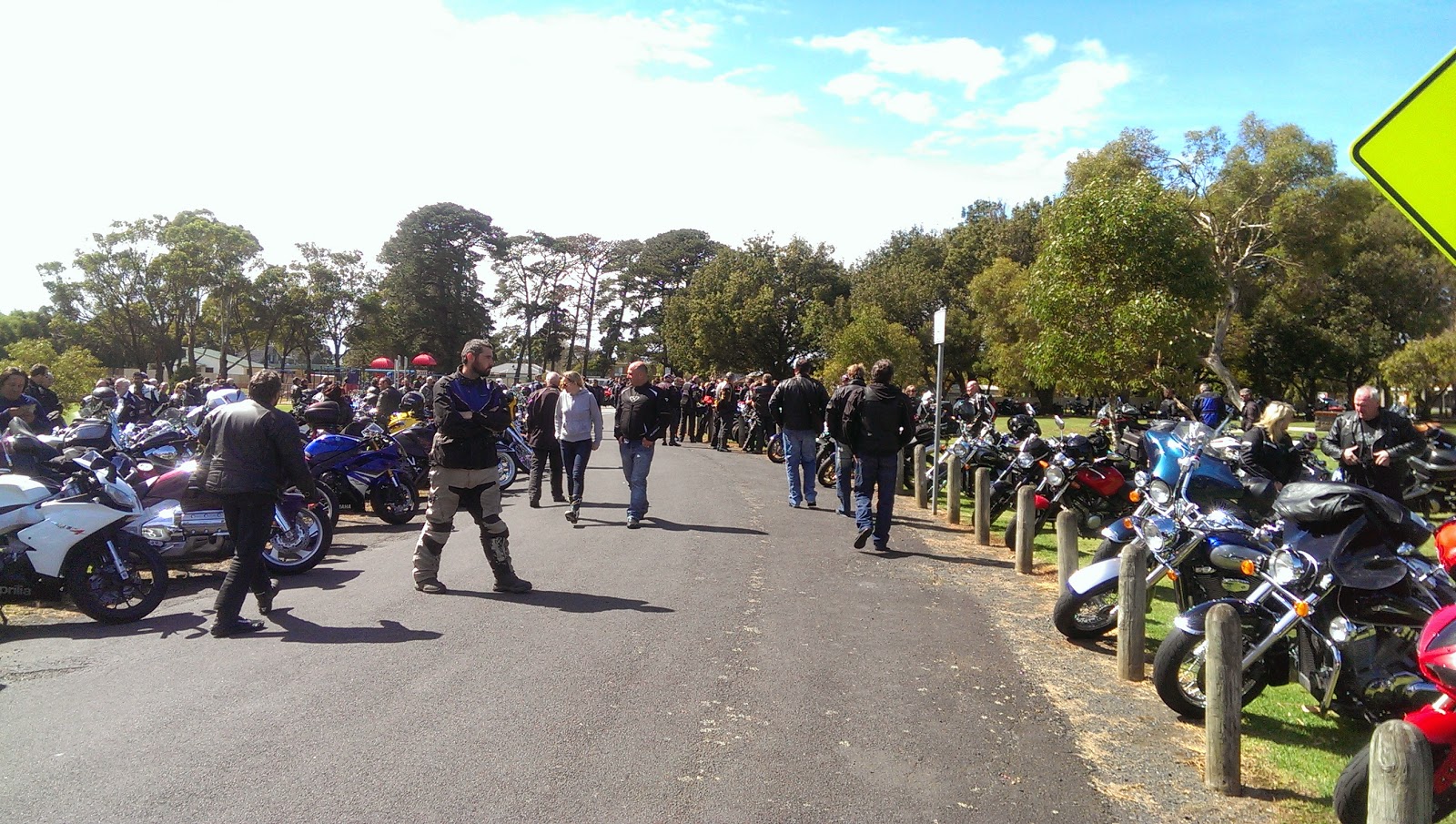 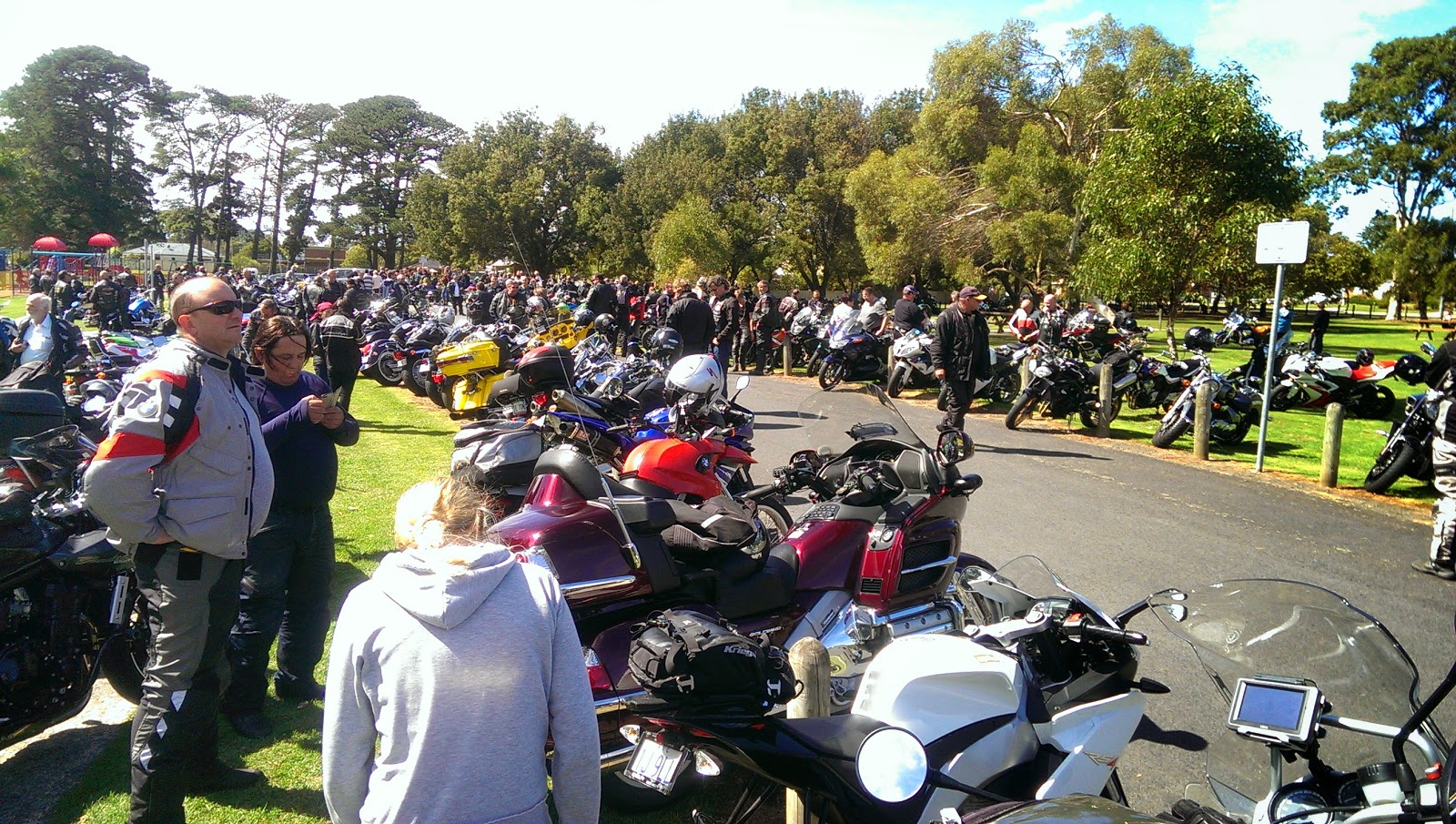 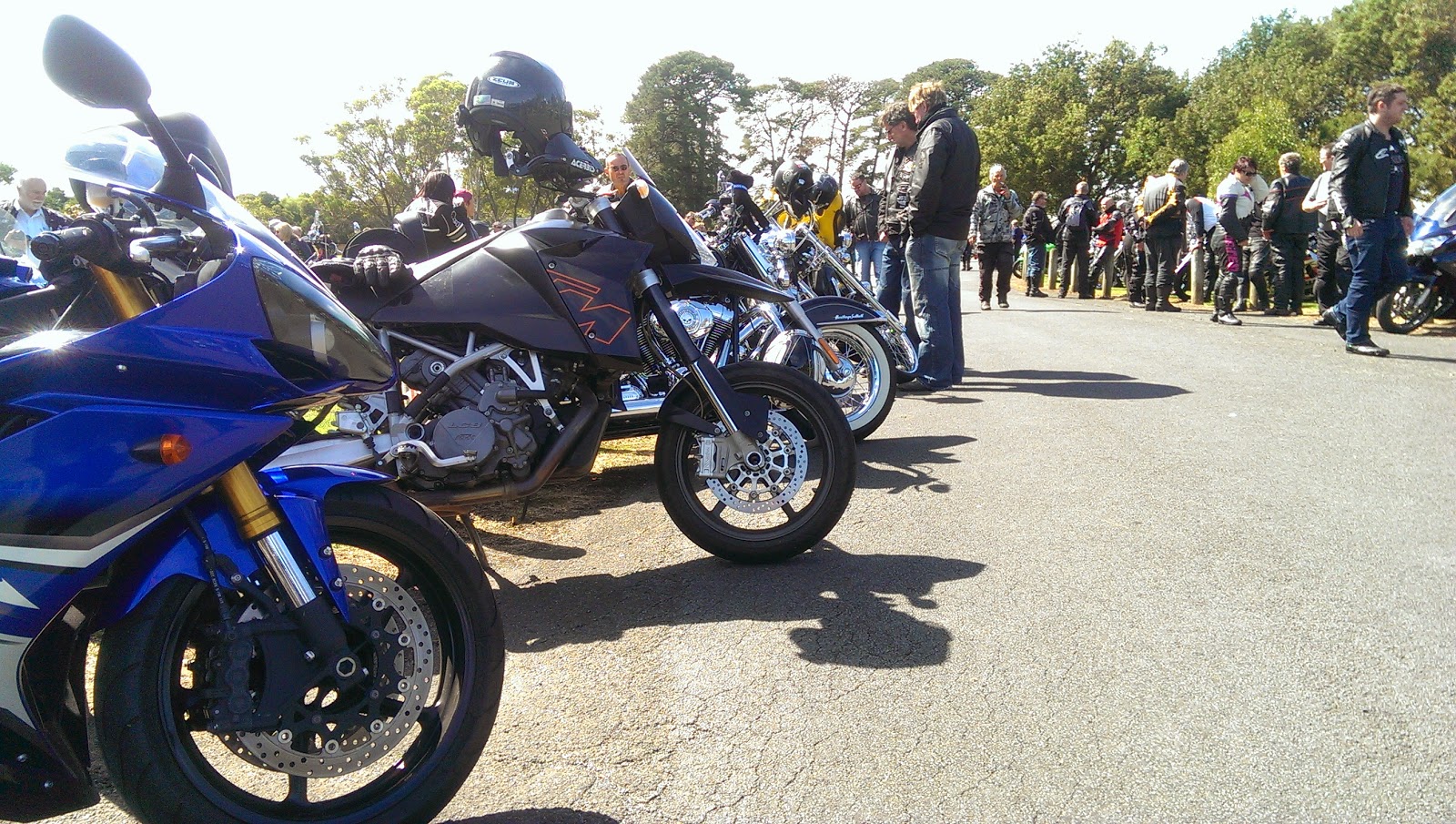 Well done to all riders who participated.....see you again next year.....I'll be the one doing the chicken dance on the corners.....