The PowerSet ships with two units - one for me, one for my buddy. 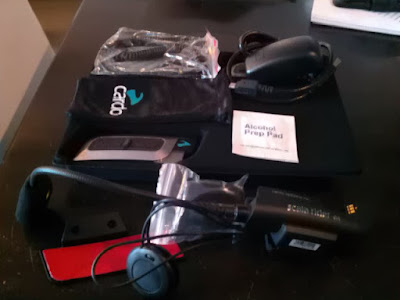 I have a Shoei XR-1100, I removed the left hand check pad 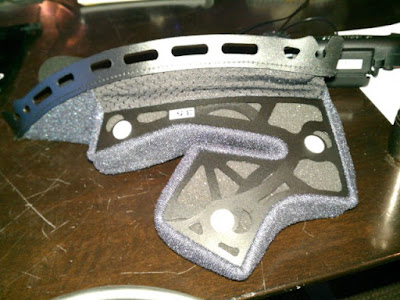 Mounting bracket and boom-mic installed into space between shell and inner-foam
Really pays to remove the check pad (also this exposes the ear piece recesses.) 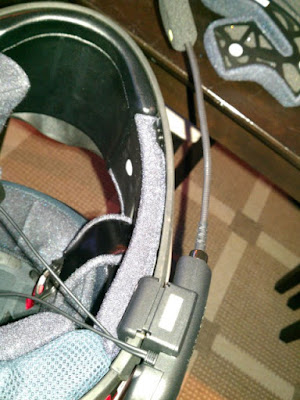 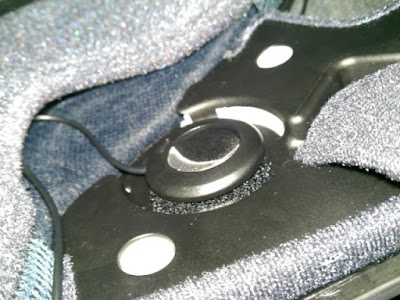 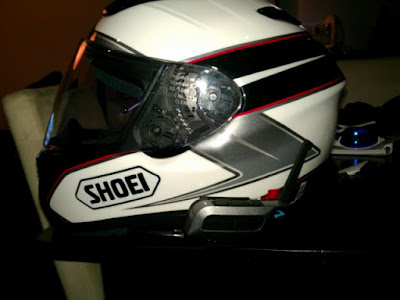 Installation took about 35-40 mins - I like things to be neat - you could probably stuff it all in the lid in about 15 mins at a push.

I used the FM radio on the way to work this morning and had the missus call about 10 mins into the journey. Phone call came through no problem (from a Bluetooth paired Android phone). The other half says sound quality was better than hands free in the car - I tried with visor up and visor down.

Bluetooth paring with Android was quick and painless and the headset and phone recognize each other immediately without a problem.

Sound quality from the speakers is good - nice and loud. Don't expect Hi-Fi but the quality keeps me happy.

EDIT:
As one of my readers pointed out (thanks Chiller tek) - I don't ride and take/make phone calls.
Part of riding is to get away from things.....listening to music or gps nav points is the primary use for the Scala Rider.
For completeness I did take a call to test the functionality.